Sheesh! I've been checking out a few blogs and see I've missed the IWSG, probably for the first time ever! Sorry if you came by to check out my post, but hey, I've been too involved in real life and forgot digital life there!  Anyway, while I'm here, I'll just say that I'm not feeling insecure this month. I'm feeling very grounded in my writing and am back to writing hours every day. How about you? 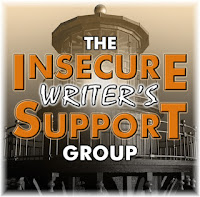 The awesome co-hosts for the January 4 posting of the IWSG will be Eva @ Lillicasplace, Crystal Collier, Sheena-kay Graham, Chemist Ken, LG Keltner, and Heather Gardner!

If you want to hang around, I have some pretty pictures for you as I relate my Best of 2016...

But before you do, I should answer this IWSG question:

What writing rule do you wish you’d never heard?

Well, there's a lot of writing rules I wish I'd never heard. Most seem to be just to trip up newbies, as I see best-selling authors breaking these so-called rules every time. One that I find particularly galling is the 'never use as except as a comparison.'

'I fell over as he threw the ball at me.'

Should be...'He threw the ball at me. I fell over.' Yes, sometimes the 'as' makes the sentence out of order, but there's times you just have to use 'as', in my humble opinion.

I read every book from those 4 guys who sell the most popular fiction in the world...Lee Child, Michael Connolly, Dean Koontz, James Patterson...they must laugh themselves silly at this rule, not that they would care. I counted about 20 supposedly bad uses of 'as's' in one page of a recent Lee Child Jack Reacher book. It bothered me that he can do it and still sell gazillions of books. Goes to show readers want a story, not a rigid conformity to rules. Don't get me started...oh, you did. Now I'd better stop or I'll offend the rules police even more.

The year that was.

The great humanitarian crises in Syria and other Middle Eastern countries, the rise of nationalism in Germany, the terror threats/incidents in France, Germany, Iraq and Turkey and so on, multiple terror threats thwarted in Australia over Christmas, Brexit in Britain, Trump in the US, a killer president in the Philippines...oh, wow, get those fireworks happening!

I'm not into New Year's Resolutions. Why shoot myself in the foot? But I rather enjoy thinking about what's been good in the past year while at the same time wondering what the New Year will bring. If you'd like to write your own list of My Best in the comments, that'd be awesome!

MOBILE APP: Tinybeans (a baby-picture sharing app for those who don't want their baby's pictures all over the internet). My daughter is a social worker and sees too many wacky things. She chooses not to share photos of her baby, my one and only shiny grandchild. It's tough for me as he is the most gorgeous little fellow, but I totally understand.

INTERVIEWER: CNN's Christian Amanpour. Love the way she takes on the biggies and crooks of the world and at times squeezes a little truth out of them.

DOCUMENTARY: Utopia, produced by John Pilger. A very, very disturbing trip through central Australian aboriginal communities, showing the long history of mainly white abuse and how the situation is even worse than it was in the '60s despite millions of $$$ being spent. Unbelievable.

BOOK I READ: THRILLER - I Am Pilgrim, by Terry Hayes. I hated being so fascinated by the evil, but it felt a reality in our world.

MOVIE: The Light Between Oceans, based on an early Australian true story of a young couple living in a lighthouse on a remote Western Australian island who find and keep a baby who washes up on the shore. Tragic. 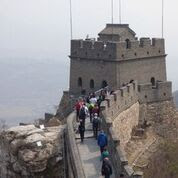 OVERSEAS TRAVEL: China, although it took me 2 weeks to get the pollution out of my system.

THINGS ABOUT MOVING BACK TO THE BEACH: Watching whales frolicking from my deck, growing my own tomatoes and herbs. Begone, plastic tomatoes. 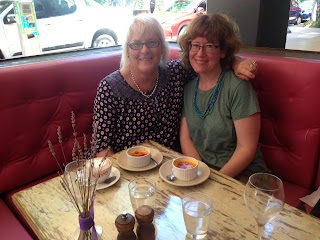 BLOGGER MOMENT: Meeting Lynda Young in person on a terribly humid day after her move to Brisbane and sharing a French meal together.

POLITICAL MOMENTS:
-- Bernie Sander's run for President, albeit brief.
-- Michelle Obama's speeches and positive actions for African girls.
(Okay, not Australian political moments. Our politics are deadly boring which is not necessarily a bad thing after seeing the global trend) 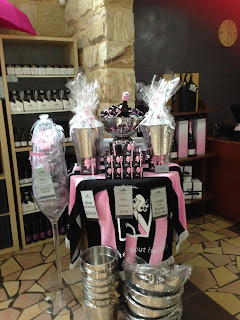 ANTICIPATIONS FOR 2017:
-- Finishing my Paris novel and getting it published.
-- Writing most days 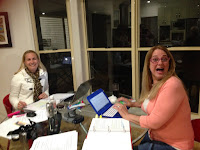 -- The opening of a French restaurant in Peregian Beach. (No big deal if you live in a big town, but Peregian is a little village of 3,500 people who enjoy the best of everything!!)
-- Finishing watching Netflix's House of Cards.
-- Travelling to the UK in April/May to visit my daughter who's there for a year, then taking her on a guided tour of Paris. Tres magnifique! 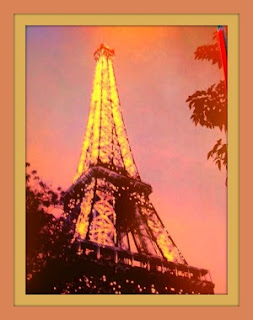