It's time for the WEP/IWSG April challenge. I've been missing Yolanda Renee's grisly stories, so I thought I'd go grisly myself with a little ghost thrown in. I know. I know. It's April, not October, but sometimes the story won't be denied. I wanted to retell the Aladdin story. It was the first thing that came to mind when I saw Jewel Box and the wonderful image our image guru, Olga Godim found. But Aladdin wouldn't be retold, so I plunged in another direction. 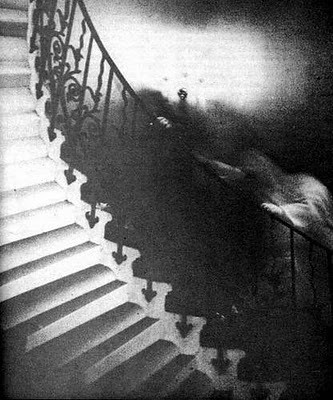 Since the murder, I could hear a mouse wearing bootees tiptoe through my house. Otherwise, I would not have heard the faint footsteps creaking up the stairs. Sitting up so fast I cracked my head on the poster, I screamed, ‘Who’s there?’

I squeaked like a frightened mouse, my voice scarcely audible over the thump of my heart. ‘Who’s there?’

Someone. In my room. I strained my eyes in the darkness. A small shadowy sinister shape stood on the threshold.

OMG! My arm hairs prickled. A shiver sprinted down my spine.

But … I’d buried him a week ago. I’d tossed the black rose onto his coffin. I’d watched the gravediggers set about their grisly task. He’d risen from the dead? Tread quietly into my house like he’d been working night shift and didn’t want to wake me.

I’ve never seen a ghost. But like they say in the old cliché, there’s a first time for everything. I’d heard there are two types of ghosts – benevolent and malicious. If this was Drew’s ghost, it’d be malicious. After what I’d done.

‘Sheila.’ He mouthed my name again, his voice wavering like he spoke underwater.

Far from oblivious to the threatening tone, I grabbed my throat. ‘Drew? How … why … whaaat?’

‘I had no time to give you your birthday gift. Sorry. Death came to me … so suddenly.’

Did he know I hired the assassin? Did he know about Leopold? Had he come home early one night and caught us? Maybe in that place where he’s gone, he’d figured out his sudden demise.

He stepped out of the shadows.

I gasped. Clutched the bedclothes to my throat. He looked the same but different. Was I expecting blood dripping from his slit throat?

He smiled his kind Drew smile. ‘I came back to give you something for your birthday. I don’t want you to go to your grave thinking I don’t care.’

Grave? A strange turn of phrase? I shuddered. Did he have foreknowledge? Did he know the time and hour of my death? Was I dreaming this whole creepy episode? I just wanted him gone. ‘Please don’t worry yourself. Go back where you came from. I, er, know you care. Or did. Once.’

And he did care. He was the best husband a woman could want, but not the one I wanted. I wanted glitz and glamour. Nights on the town. Not nights sleeping alone waiting for my husband to finish night shift.

Leopold gave me the glitz and glamour I craved, but he stressed I had to deal with Drew.

I rubbed my fingers over the gold necklace I never take off. So much better than those cheapo chains Drew gave me. Did he make the onerous journey back from the grave to give me another cheapo chain? I chewed the sheet so I wouldn’t laugh out loud.

Closer and closer he came. His shape grew bigger and bigger. His black presence filled the room. Or had a black moon stumbled through my bedroom window?

I flicked my eyes around the room. There was no escaping this looming presence standing between me and the door.

He opened the curtain that hid the safe, exposing the shiny steel. Flicking the dial, he said, ‘Someone’s changed the code.’

I didn’t miss the flash of anger in his voice.

Drew had been locking the safe when the assassin broke through the window and slit his throat.

I’ve since torn up the carpet. Repapered the walls. Hung new curtains. But like Lady Macbeth, I can’t get the blood off my hands. The smell of Drew’s death lingers.

By some magic, he wrenched the safe open. Apparently where he came from, you don’t need a code.

His shape turned to me, holding another, more concrete, shape in its hands.

‘Sheila. Your belated gift. I hid it in the secret compartment no one knows about, not even you.’

Walking to the side of the bed, he threw aside the filmy curtain I liked to sleep behind. Gave me a sense of mystery. Tonight, seeing his shapeless face, I’d had more mystery than I wanted for a lifetime.

‘Take it.’ In his cloth-covered hands he held out a small, sparkly box.

There was something vaguely Aladdin-ish about the scene. If I obeyed his wishes, maybe he’d disappear into the miasma from which he’d appeared. If he didn’t hurry and get this over with, Leopold would return. I crossed my fingers. I touched one the wooden posters of my four-poster bed.

‘Open it.’ His shape leaned closer, but stepped back when I gasped in fright. He wandered aimlessly around the room seeking distraction while I examined his gift. When he picked up our photograph where I’d slashed him out of the picture and added Leopold, I nearly vomited.

Beside me, I heard faint music. What the? I picked up the box and lifted the lid. Loud music crashed around the room like out-of-tune violins played by a cat.

Then it stopped. Like my heart was about to.

‘Ghosts don't exist!’ I screamed as the horrific visage gurgled, approaching my bed.

Drew’s hand reached into the box and chose a shining emerald necklace. ‘Your birthday gift, Sheila. I came back to put it around your throat.’

I struggled. I screamed. I twisted. But he was a ghost. A malicious ghost. He ripped off Leopold’s necklace and replaced it with his. His ice-cold hands bunched it behind my neck. He pulled … and pulled ... tight … tighter. I gurgled loud ... louder... I was vaguely aware of the door opening and Leopold’s chilling scream.

Thanks for reading my entry. If you like it, please leave a comment and press my buttons.

If you'd like to join us for JEWEL BOX, please sign up HERE or in my sidebar. We'll be around to read. Go HERE for ideas for JEWEL BOX. CLICK on entries in the list in my sidebar with DL (Direct Link) after their name and read more entries. 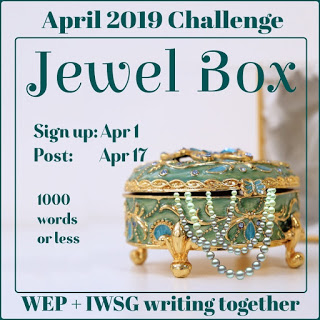 Here we are gathered around the IWSG campfire again, swapping war stories! And it's April! Time for the A -Z Challenge for those of you who participate. For the WEP/IWSG, it's time for the April Challenge. (See end of post for details).

Alex's awesome co-hosts for the April 3 posting of the IWSG are J.H. Moncrieff, Natalie Aguirre, Patsy Collins, and Chemist Ken!
Visit these awesome peeps when you can!

April 3 question: If you could use a wish to help you write just ONE scene/chapter of your book, which one would it be? (examples: fight scene / first kiss scene / death scene / chase scene / first chapter / middle chapter / end chapter, etc.)

That's easy. The opening scene of my Paris novel where so much has to happen to set up the story. I've been going through the Story Genius with a friend. This how-to book isn't for the faint hearted. It takes two, baby...

Most of you are way ahead of me in the published author game, but that doesn't mean I haven't created an arsenal of stories and novels in various stages of dress or undress that will be published soon. I know what stories I like to read. It can be hard to write those stories. Just read a quote by Lisa Cron in her earlier book, Wired for Story - '...most people know what a story is until they sit down to write one.'

Story Genius: How to Use Brain Science to Go Beyond Outlining and Write a Riveting Novel (Before You Waste Three Years Writing 327 Pages That Go Nowhere) 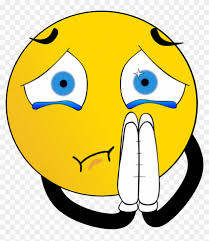 After writing another 12 pages of notes fleshing out my MC's life before page one, I feel like I'm getting somewhere. After plotting and writing this story for about three years, LOL. Perhaps I'll be much quicker when I apply the principles to my other novels setting myself up for a quick launch. Right now I'm back to a Chapter One rewrite. The rest of the novel should fall into place now...

Here's the blurb for Story Genius in case you're interested:

It’s every novelist’s greatest fear: pouring their blood, sweat, and tears into writing hundreds of pages only to realize that their story has no sense of urgency, no internal logic, and so is a page one rewrite. The prevailing wisdom in the writing community is that there are just two ways around this problem: pantsing (winging it) and plotting (focusing on the external plot). Story coach Lisa Cron has spent her career discovering why these methods don’t work and coming up with a powerful alternative, based on the science behind what our brains are wired to crave in every story we read (and it’s not what you think). In Story Genius Cron takes you, step-by-step, through the creation of a novel from the first glimmer of an idea, to a complete multilayered blueprint—including fully realized scenes—that evolves into a first draft with the authority, richness, and command of a riveting sixth or seventh draft.

Here's to writing with authority, richness and command.

Speaking of which, sign ups started for the WEP/IWSG April challenge, Jewel Box, on April 1. Rub your Aladdin's lamp, and come up with a flash fiction, non fiction or poem that fits the challenge -- or fits your letter of the day if you're in the A - Z Challenge. 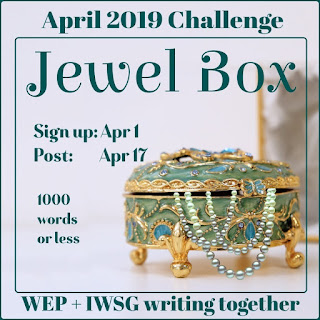 Have a great month! Hope to see you signed up at the WEP website! Even if your writing is not yet at genius level, we'd love to read it!