It's time for Write...Edit...Publish again. This month of August, the challenge has been set by Nilanjana Bose--Reunions. I've asked for early posts as I'm busy with the Romantic Writers of Australia conference, then packing for a trip to Europe soon after. So...I'm posting early myself!

I've been inspired into a magical foray for this one, a flash fiction piece, as always. My first thoughts were of The Kiss by Rodin and checking out the backstory for all those The Kiss statues in various places--St Pancreas station, Times Square, Milan, Paris--but the stories weren't what I was looking for. Here's my story instead ... sorry it's slightly over 1,000 words ... 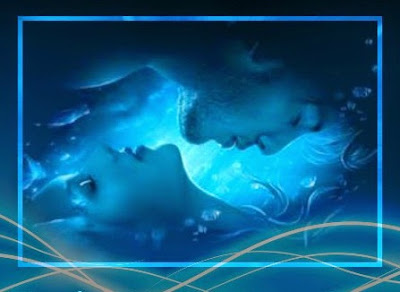 Charlotte scarcely remembered the long bus ride from the city through the rugged countryside, so focused was she on seeing Jack again.

‘Yes,’ Charlotte said, as she slashed her lips with the bright red shade Jack loved.

Slinging her black tote over her shoulder, she thanked the driver who’d come to the door to help her alight.

‘Are you sure about this, lady?’ he asked. ‘People who wander into the bush often never wander out again.’

‘No luggage then, love?’

‘Are you sure you’re at the right place? There’s no one here.’

‘But no one lives here. All the houses were bulldozed years ago. There’s nothing left.’

Charlotte smiled and turned away, slipping a pill under her tongue. ‘Thanks for bringing me this far, young man. I know it’s out of your way.’ She handed him a tiny red rose from the posy she carried.

He twirled the flower. ‘I’ll come back. One? Two hours?’

Charlotte walked away, tugging her bright red coat around her shoulders. The last leg of her journey stretched ahead.

The track was once a well-maintained gravel road and there’d been shacks amongst the trees, but now it was no better than a goat track.

It was hard going, but she made it to Gulliriviere, the tiny settlement where she once lived with Jack. It’d been named by Irish ex-convicts who were used to plentiful rains in their home country. How flummoxed they were by a river that bore nothing but gravel year after bitter year.

Further into the bush she trudged, her steps slowing, away from the desolation of the little street where houses were sacrificed for a lumber mill that was never built.

As she passed by, the eucalyptus trees rustled their arms in salute.

But home had left. Only the scraggly beauty of nature remained. Where once their cabin stood smugly, framed by the white picket fence Jack built and the fragrant flowers she planted and lovingly tended, there was … nothing.

Charlotte creaked to her knees before her tatty rose bush, hanging on after all these years. She tugged out weedy grasses, revealed tiny closed buds, then inhaled the earthy smell. ‘Not everything’s gone, my darling Jack.’ She lay the posy beside the rose bush, memories flooding her head.

She recalled her twenty-three-year old self following her love to his rough-hewn shack in Outback Queensland. It was two hours’ drive to the nearest town and a light plane trip to Brisbane twice a year. She loved the koala who lived in the tree nearby, she loved the solitude and yes, she even loved the big red kangaroos who nibbled the green shoots in her garden, looking cheekily at her over their shoulders as they loped away.

She’d set her easel amongst the trees and paint miniatue bush flora until the sun set on the faraway horizon. Her paintings would hang in art galleries in Australia and the Musée du Quai Branly in Paris long after she was gone.

Living in the bush had been good.

Leaving it had not.

After their cabin had been razed to the ground, they’d relocated to Byron Bay. Plenty of flora for her to paint, but Jack had to fly in/fly out to continue his work on the western Droughtmaster grazing property.

‘Hello, Madam Charlie,’ Jack would greet her at the airport. Tossing his duffle bag in the *boot, he’d hurry to the passenger door, wrench it open. ‘Come here,’ he’d growl, kissing her over and over much to the delight of the traffic inspector.

Their only argument was over his retirement.

‘No, Charlotte, I won’t retire. I’m only sixty-five. Our experiment with the new Droughtmaster breed is ongoing. Perhaps when it’s done …’

The bed caught her as she fell.

‘He wasn’t alone. We were working in the study.’

Only garbled noises came out of her mouth.

‘Can I call someone?’

Clunk! The phone hit the floor, but she could still hear Frank screaming at her.

‘No!’ No one could put her back together.

‘Mrs Sandilands! Jack had a message for you. He said, and I wrote it down—um—Tell Charlie to come to the shack.’

‘Yes. I know your home at Gulliriviere is long gone. But that’s the message.’

If Jack wanted her at the shack, then to the shack she would go…

Still kneeling at the rose bush, she took the gold fob watch out of its pouch and let it drop into her palm. She’d bought it years ago to give to Jack when he retired. It was a work of great artistry, with minute patterns painstakingly etched into every chain link. She read the inscription:
To Jack, my wild Colonial Boy! Yours ever, Charlie. XX

She brought it to her lips, kissed it, just as the first pain hit.

The rose bush bloomed with blood-red roses. The fragrance enveloped her as it mingled with sweet summer smells.

With the sweet fragrance of roses whirling around her, she ran through the tall grasses, trailing her fingers over the white, silky flowers. He’d be waiting by the creek just ahead, beyond the grey houses.

She hesitated at the stand of weeping willows, their lush tendrils like dishevelled hair as they caressed the surface of the water.

Then she saw him—her Jack—running through the willows, pushing aside the graceful drapery. He hurried towards her—arms outstretched—welcoming her home.

She held out the fob watch and beckoned her love.

They gazed into each other’s light-kissed eyes, marvelled at their sun-painted limbs, overjoyed at the beauty they saw in each other. He took the gold object from her soft, smooth hand, then they strolled away hand in hand across the sparkling water, fading from sight in a gentle swirl of silvery mist. 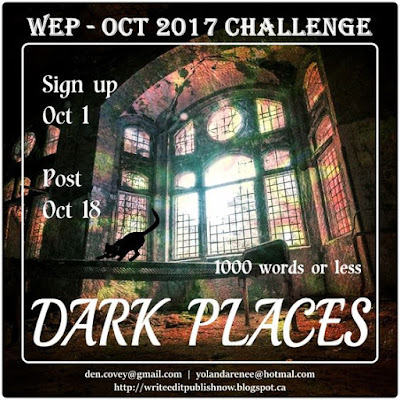 I missed last month's IWSG as my favorite aunty took ill. Unfortunately, she passed away, so I was too busy to think about posting on my blog.

But I'm back for August's post. I love the August question:

What are your pet peeves when reading/writing/editing?

I'd rather not get started on this one -- but really, I'm always against all the rules for emerging writers which the big guys break all the time.

And these broken rules don't hurt the story.

Lately, every book I've picked up has got a Prologue (you know what we get told, right? Wrong. I love prologues but I'd be afraid to write one.) And backstory--you know how we get told to just insert it like splinters of glass--hey ho, I agree. Several books I've read recently start with a lot of backstory, whoa, pages and pages, yawn, yawn. Yeah. Readers don't really want to be bombarded with lots of the old stuff that happened pre-story, they want to keep ploughing along in the moment. Except those who read best-sellers, apparently, LOL!

Thanks to Alex J Cavanaugh and his team for keeping the IWSG on the road. This month he has the assistance of several luminaries:

If you have time, do pay each a visit.

So, what am I insecure about this month?

Well, August is very important to me and my writing.

It actually starts today (July 27th when I was writing this post) with the IWSG pitch contest. Well, Australian time it's 10 pm tonight - 10am tomorrow. Insecurity to the max and black circles under eyes, anyone?

Hey, I totally suck at selling anything, but I'm giving it a shot.