Hello, and welcome to the September IWSG! For the first time in awhile I'm actually posting instead of inviting a guest poster. In October, I'm looking forward to having Jemima Pett who's about to launch her next book.

How's your month been? Before I get into my IWSG post, I'll report that we at WEP have had a very successful month again with our stable of wonderful writers who blow us away each challenge. They just get better and better.

The August challenge was LONG SHADOW and it resulted in many poetry entries which was awesome. Our resident poet, Nilanjana Bose, had lots of company.

The winners for the August competition were chosen from our team's shortlist by the awesome Nick Wilford. So we announce Toi Thomas, Dixie Jarchow and Sonia Dogra as the outright winners. Congratulations! It's Toi's second win in a row, proof that purely heartfelt stories resonate more than any other. 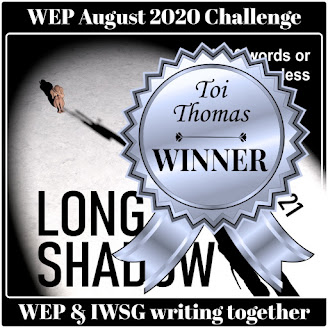 Now to the IWSG.

Be sure to visit the
Insecure Writer’s Support Group Website.
September 2 question - If you could choose one author, living or dead, to be your beta partner, who would it be and why?
That's not too hard. Like all writers, I have several authors I look up to and would be happy to emulate in some small way - Ernest Hemingway, Paullina Simons, Anita Shreve, Pat Conroy to name those who must have been sitting in the forefront of my subsconscious mind. I can't imagine Ernest being a very patient beta partner so I skipped over him. Paullina Simons and Pat Conroy have written two of my favorite books of all time that I return to for inspiration at least once a year so they must know something about this writing game. Paullina Simons' The Girl in Times Square - superb storyline and emotional hits. Pat Conroy's Beach Music is still up there with unforgettable characters and settings. Hmmm. Who to choose? It's pretty much a dead heat, but I think I'd go with Paullina Simons. What a writer, traveller and wordsmith. I could sure learn a lot from her.
Look forward to hearing about many fabulous authors during my rounds.
Originally published in 2004. Never forgotten.
LINK kindle edition
Thanks for coming by. See you on my rounds. 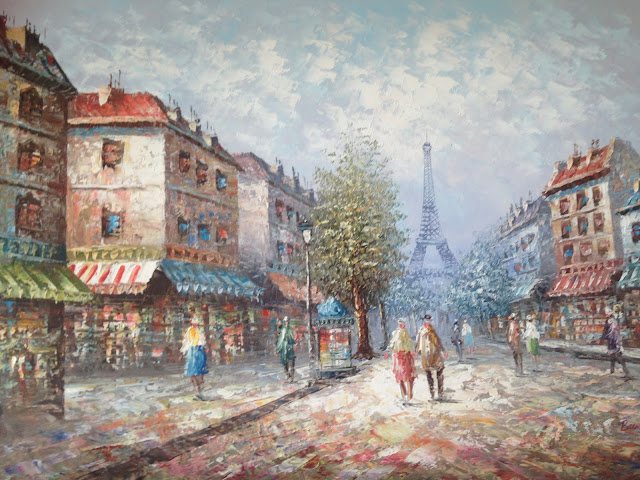 From my Paris collection. Old Paris.