An Aussie Loses it in Genova, Italy 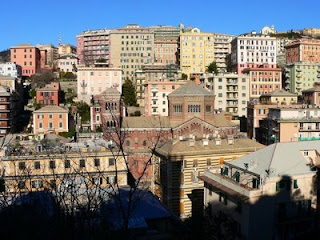 I love the medieval heart of European cities, and Genoa (Genova), capital of Liguria in Italy, has the biggest--an immense centre of stunning palazzo, theatres, museums, cathedrals and art galleries. Yet Genoa, painted with such bold brush strokes, has a dark side.

I was enchanted by her superb setting--hemmed in between sea and hills covered with terraced pastel villas, but found that in Genoa many buildings are rough around the edges like some of her less savoury characters. 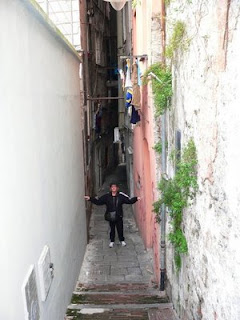 I headed for the Strade Nuove, and marvelled at the Unesco Heritage buildings. I fearlessly wandered the labyrinth of dark alleys (caruggi) with buildings so close you could reach out and touch both sides. I was awed by the beauty of her sun-touched squares where faded noble buildings stand side by side with poor crumbling houses.
Fresh food markets overflow with cheeses the size of Fiats, and the memory of earthy Genovese pesto drizzled on silky pasta still has me swooning.

After a week discovering this city of Christopher Columbus, culture, colour and c 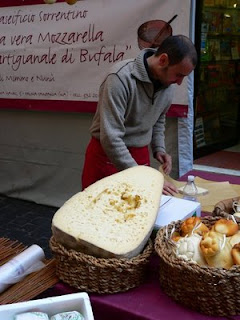 aruggi, I was jolted back to reality. My laptop was snatched inside the historical and ornate P. Principe Railway Station, where illegal immigrants lurk.

‘It’s always Australians and New Zealanders,’ sniffed the irritated Polizia, who obviously would have preferred to be sipping a cappuccino to dealing with me. Frantic form filling followed…

I collapsed into my carriage, focusing on snow falling in Lake Como, my next stop.
Goodbye Genoa! Goodbye laptop! I’d lost hundreds of photos, but felt smug about my favourites I’d loaded onto Facebook! And I still had all those I’d taken of beautiful Genoa!

Travellers must always look on the bright side!