Why is the Empire State Building flashing green and gold? It's Australia Day!

There was a small window between tennis matches as the Australian Open is slogging its way across three channels, so I had a peek at the news last night between matches and I saw a very pretty sight as the lever was pulled--the flashing green and gold looked bright and breezy, Julie Bishop, our indefatigable Foreign Minister looked cool as a cucumber in her cream coat, but who could outshine that Aussie hunk Hugh Jackman, aka Wolverine, who was indeed a pretty sight...but hey, back to Nadal!!

As a little aside, Hugh Jackman told the American audience that out of a country of 20,000,000, there are 1,000,000 Aussies who visit New York each year (travelling is an Aussie pastime) and most of them end up on his couch. Always up for a bit of a wisecrack, but that sounded about right when it comes to Aussie hospitality. Who wouldn't mind ending up on Hugh's couch?

So, every country has its special day. What is Australia Day? We are definitely not the world's greatest patriots, but we love our country, fair enuff...Well, we are the country of the LONG WEEKEND, so that's a lot to love, but our special day is more than just an excuse to crack open the barbie and the beer and throw on the prawns and snags (sausages, bangers, whatever...) and dodge the sizzling fat in the sizzling heat. And smirk when you see that Australia still practises segregation--only men allowed at the cooking source!

With a little help from Wikipedia, and to satisfy the insatiable curiosity of Hilary Melton-Butcher, I can tell you that Australia Day is the official national day of Australia celebrated on January 26 to mark the anniversary of the 1788 arrival of the First Fleet of British ships at Port Jackson (Sydney) in New South Wales. (Australia was then known as New Holland). Of course, not everyone was happy to see white Europeans arrive. Our indigenous people call it 'Invasion Day'. There's a great cartoon depicting Australian Aborigines watching the First Fleet arrive, saying 'I've got a bad feeling about this.'

In modern Australia, the celebrations over the long weekend reflect our diverse society and the landscape of our nation. There is a frenzy of street parties, community events, community awards and citizenship ceremonies welcoming new immigrants into the community. If you saw Hugh Jackman on television as he turned on the lights of the ESB, he said that his wife was up for the highest award Australia gives--the Australian of the Year award, for her charity work.

So you can see what I'll be up to this weekend, this long weekend. No, I won't be croc wrestling. But I did get pink tips in my hair! Not at all patriotic! Aha, but Monday is a public holiday. Then I'm back to work for the year on Tuesday.

BLOGFEED: For those of you who've been complaining about my post feeds not showing up, I think the problem has now been overcome. But you'll have to delete your old feed for Denise Covey and add my new URL: http://dencovey.blogspot.com
Let me know how it goes. Your country usually adds your country code at the end.
Thanks for your patience. I hope I'm back in business, otherwise I'll give up blogging and that would be a wrench!

* Why green and gold? For Hilary as she convalesces from her hip operation and needs more reading matter:
Long associated with Australian sporting achievements, the national colours have strong environmental connections. Gold conjures images of Australia’s beaches, mineral wealth, grain harvests and the fleece of Australian wool. Green evokes the forests, eucalyptus trees and pastures of the Australian landscape.

The Goodreads 2015 Reading Challenge - what have you been reading?

I finally got all the glitches sorted and have signed up for the year's reading challenge. I've made a fine start in January, reading a heap of books already while on holidays. Of course, not all are on Goodreads, so I've only been able to add 10 so far. You can click here if you'd like to see what I've been reading...I hope they'll let you view it.

I also started the year by re-reading for the gazillionth time my favourite book of all time, Beach Music by Pat Conroy. This book is a love poem to two different cultures--that of Rome and North Carolina. I'm thrilled by Conroy's deft laying out of the treads of his characters' lives, then drawing these threads together like a professional fisherman. The humour is black as you'd expect in a book that examines death close up and personal experiences of the Holocaust and the heartbreaking results of lives lived in dread. When do you stop being affected by past terrors? Conroy's view is you don't...you pass them onto your children...with devastating results. Not exactly light reading, none of Conroy's books are (think Prince of Tides), but each time I read it I'm shaken, inspired and fall in love with Rome all over again. 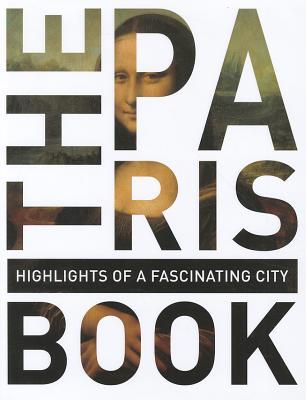 Another book I just added to Goodreads is The Paris Book, after the style of the New York Book etc. A huge coffee table book with wonderful photography of Parisian landmarks and lots of history to accompany them. Has been one of my Paris research books as I dig deeper into the City of Light as I begin writing my chick-lit set in Paris.


Thanks for stopping by!

If you just had to click on this post, I am trying to work out with feedburner why my feeds aren't showing up on followers' blogrolls.

Thank you to those who showed an interest and clicked on this post. By George, I think I worked it out! Now I can only hope you see my feeds!

Sorry I missed the IWSG, my bad, but here I introduce myself and tell you about my new novel set in Paris.

Sorry, I totally missed IWSG for only the second time in its history and I feel bad, but what can I say, I'm just enjoying being on holidays up at the beach house--reading, writing, having coffee--and schedules don't exist. The teaching year in Australia doesn't begin until the end of January--long summer holidays! Too hot to be cooped up in a classroom!


But I'm a news junkie, and the news has been terrifying. Not everyone has been having happy times. Like you, I'm sure, my heart goes out to all those involved in terror attacks around this small world of ours.


Now I've been going round reading some of your IWSG posts this morning (finally!) and see that we were supposed to introduce ourselves. Seeing as I've lost a lot of my regular visitors :-( and gained new ones :-) since I foolishly changed my blog URL, I think I will do a little introduction. (Now would be a good time to copy my new URL and add me to your blogroll, wouldn't it? I'd love it if you did.)

I've been a writer since I could write, and have publishing credits in Australian fiction magazines, newspapers, travel magazines, online magazines and in some e-book anthologies. But I've been quietly writing novels in my 'spare' time (I have 5 not-completely-finished novels thanks to NaNo). These have helped me learn how to write even if they are never published.

I am seeking the traditional publication route (good luck with that, you say!) After I polished my first completed manuscript to death, paid an editor, did online writing courses, got a mentor from Romance Writers Australia, primped it up again, I have finally submitted it to a Harlequin line. No one ever said writing was easy, did they?

I am all fired up to write a 'chick-lit' this year. I am totally into the research and have hand written the first few chapters. I love it. Love the research. Set in Paris--food, landmarks, love...ooh la la!)

I must say the idea to write this novel came from Alex J Cavanaugh, our very own Ninja and brains behind IWSG! How's that? One of the biggest involvements I've had in the blogging world is to run monthly permanent flash fiction bloghops. These have been invaluable in getting feedback for my work and for exploring ideas for novel-length works based on feedback.

Alex has forgotten for sure that he commented on my flash fiction piece, Love Locked in Paris and said, well you've given us the middle of the book. Now write the beginning and end and you may well have a winner! Thanks Alex. I totally wouldn't have bothered taking the idea any further without your prompting.

So there you have it. Maybe 2015 will be my year to see at least one novel published, or on the way!

I was going to blog about all the books I've read so far this year--heaps!--but that will have to wait!