Time for another IWSG post, thanks to Alex J Cavanaugh and

If time allows, please visit the co-hosts and

be sure to visit the
Insecure Writer’s Support Group Website!!!

May 1 question: What was an early experience where you learned that language had power? 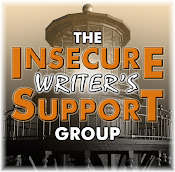 Go HERE to read other posts

Today I'm going to take the question and mould it into what kept popping into my mind when I saw it -- cultural genocide in the form of book burning.

There's no argument against language having power. Just think about what happens in ideological wars -- often there's a book burning as a new regime tries to eliminate traces of the old.

According to Wikipedia, book burning represents an element of censorship and usually proceeds from a cultural, religious, or political opposition to the materials in question.
In some cases, the destroyed works are irreplaceable and their burning constitutes a severe loss to cultural heritage. Examples include the burning of books and burying of scholars under China's Qin Dynasty (213–210 BCE), the burning of the Library of Alexandria (c. 49), the obliteration of the Library of Baghdad (1258), the destruction of Aztec codices by Itzcoatl (1430s), and the burning of Maya codices on the order of bishop Diego de Landa (1562).
In other cases, such as the Nazi book burnings, other copies of the destroyed books survive, but the instance of book burning becomes emblematic of a harsh and oppressive regime which is seeking to censor or silence an aspect of a nation's culture.
A good example is a book often studied by my students, The Book Thief, by Marcus Zuzak.

The title suggests that literature and writing is an important theme of the novel. It certainly is. Written from the POV of Death -- yep, you got that right -- who's fascinated by a young girl, Liesel who loves books, in a little German town, Molching, in the midst of Hitler's war. The Book Thief is framed by various other books, not the least of which is protagonist's memoir, The Book Thief.

But for the purpose of this post, this novel also dramatizes the destruction of literature and writing, as shown by the burning of Jewish creative and intellectual products in a book burning to commemorate Adolph Hitler's birthday. Liesel loves words so much, she rescues a book from the burning pile and hides it under her coat, ignoring how it smolders away, burning her. Do we love books so much we'd risk our lives to own one?

I love how the character, Max Vandenburg, a Jew hiding from the Nazis, gets a small revenge by painting over the pages of Hitler's own book, Mein Kampf, and writing stories for Liesel over the top of them. Overall, the novel demonstrates the power that words of friendship have to overshadow words of hatred.

Language in the small German town certainly had power.

I wanted to celebrate that today.

So, if you haven't read it, please do, and celebrate the power of language. Language is our life, right?