The Liebster Award wherein I answer 11 questions, mainly about writing.

Yolanda Renee at Defending the Pen has nominated me for the

The Liebster Blog Award is an exciting opportunity to develop relationships with our fellow bloggers from different domains. This is a peer nominated award, which acts as a chain blog post. And is mainly intended to connect with new bloggers while building your email list. 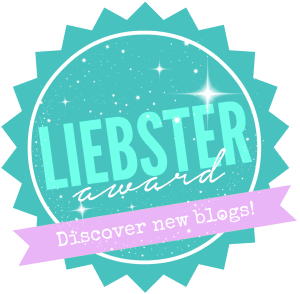 Who is Yolanda? She's a sassy lady who writes very scary murder thrillers and zombie stories, and that's just for starters. She works with me at Write...Edit...Publish (WEP) which feeds her passion for flash fiction. Yolanda is a special blogging friend with something to say (she's started a political blog so she can say some more!) and she doesn't mince words there. Her blog is fun, full of variety, and so is Yolanda!

Here are the questions Yolanda posted for her nominated bloggers to answer.

1.    What WIP are you working on now or tell us about another hobby you have?

I have several WIPs on the go, but the one I'm currently giving most attention to is my chick-lit novel, Carpe Diem, about the agony and the ecstasy of an Australian girl and a French artist in Paris.

2.    Do you find subjects for blogging difficult or overflowing?

Overflowing. I get ideas when I read blogs, newspapers, watch telly, read books. I think--I want to know more about that, so I research it and post about it.

3.    Your favorite fictional character, why?

Scarlett O'Hara from Gone With the Wind, proving how trials and tribulations can change someone for the better. Such an inspirational character. Who thought a spoiled, beautiful, selfish girl could find the grit to care for her family in the midst of terrible suffering. Her relationship with Rhett Butler is a whole other story...I'll think about it tomorrow...

This is very difficult. I am an avid reader and have several favourites so I must at least tell you about two. I love Pat Conroy for his utterly beautiful descriptions of settings, especially in Beach Music and South of Broad. And Anita Shreve for her captivating stories told in lyrical language, often very suspenseful.

Once again, I don't have just one favourite genre. I am very eclectic in my tastes. I love romance in most of its forms--paranormal/suspense/chick lit/literary fiction (erotica, not so much) and I always look for a romantic element no matter what genre I read because fiction for me reflects real life and real life is about relationships.

Pro. Blog hops are invaluable in building our blogger platform and connecting with new bloggers. In my early days of blogging, I grabbed onto every blog hop that came my way. Now that I co-host my own permanent blog hop I can only say that the writing demanded by blog hops such as WEP improve our writing skills although they are very time consuming for the hosts.

7.    Biggest regret or the best decision you've ever made?

Regrets, I have a few, but then again, too few to mention, lol! Best decision? Hmmm. Deciding to have kids?

To be happy within yourself which I guess is a product of the choices you've made in life.

I do write reviews for the books I read. Quick ones on Goodreads for best-selling authors who don't need my help, and longer reviews for blogger friends. As I read a lot of books I can be slow in reviewing, but I eventually get there. I love it when a blogger asks me to read/review their book then gives me a nudge when I don't get a review up quickly enough for them. I love it when people review my book too!

Other than blogging, Instagram. It takes so little effort and is very rewarding, especially if you love photography and travel.

11.Please share a paragraph or two from your current WIP or your favorite quote.~~~~~

A paragraph from Chapter One of my chick-lit novel, Carpe Diem:

I never asked too much when I moved to Paris. My dream was simple. I would meet a gorgeous Frenchman with floppy dark hair falling into mischievous black eyes who would prostrate himself at my feet, make me his wife and carry me over the threshold of his quirky Paris apartment close to the Champs-Elysées. After an early-morning love fest, he would kiss me passionately one last time, then leave for work in his snappy bespoke business suit doing whatever he did in his office on the Champs. I would stretch out on my sumptuous satin sheets until noon, before making an appearance at the exclusive boutique near the Plaza Athenee where I was personal stylist to chic Parisiennes who were also not averse to a lie in.

Thanks, Yolanda, this was a lot of fun!

The Liebster Blog Award rules are:
~~~~

My nominations for the Liebster Award:

And here are your 11 questions to answer on your blog if you accept the award.

1. What is your burning motivation in life?
2. If you are published, quickly outline your journey for us.
3. If you could travel anywhere, where would you go? Why?
4.What writing 'secret' can you share with us?
5. What author inspires you more than any other? Why?
6. What/who means the most to you?
7. What is your favourite season? Describe something about that season to appeal to our senses.
8. What do you like to write? Novels, novellas, short stories, flash fiction, poetry, memoir--if you write more than one, tell us.
9. Share with us a sentence or a paragraph from a current piece of your writing.
10. What blogger has inspired you the most?
11. Do you think social media is important in the life of a writer? Why/why not?


It's the first Wednesday of the month again. Welcome to July's IWSG! Thanks Alex J Cavanaugh and your co-hosts this month--Yolanda Renee, Tyrean Martinson, Madeline Mora-Summonte , LK Hill, Rachna Chhabria, and JA Scott! Visit them if you can!

I buy a lot of how-to books and it used to make me insecure reading them and realising that my style was nothing like the 'greats' which might explain why I'm not a 'great'! But writing comes down to being true to yourself. You can emulate whoever you like, but you'll never be them. You'll just sound fake.

Still, now that I'm quite comfortable with my writing style, it doesn't mean I don't read how-to books any more. Came across a great one in the library.

And this might be a good place to belatedly insert my answer to this month's IWSG question: What's the best thing anyone has ever said about your writing?


Easy: Michael di Gesu (whose opinion I value greatly) said my writing in Under the Tuscan Moon was "exquisite". That'll do me!

The book is called 'Fiction Writing Master Class' and the subtitle is 'Emulating the work of great novelists to master the fundamentals of craft'.

Here are some of the greats covered:

It's no secret I'm a fan of Hemingway. I've read most of his little books, but I don't think I write like him. He's sparing in his prose while I tend to verbosity. But this book picks up the techniques these writers use which gives them their recognised style. Some of the techniques are great to follow.

Here are Hemingway's 'secrets':
Did you know Hemingway is the most imitated author of our time? Not everyone likes his sparse style, but nevertheless, if it worked for Hemingway, writers think it's worth trying to write like him.

I once found (and blogged about) a way to improve your writing was to find a favourite passage by a writer you love, copy it, then write your own. By doing this exercise, I found that I was able to expand my paragraphs, add more of the senses. It was like a free-writing exercise, but following the steps of a master. I know it improved my writing style.

So how did this book distil the style of Hemingway?

SENTENCE LENGTH
Hemingway is most famous for his short sentences. He used simplified, direct prose. But he worked long and hard to write like this. Unlike those of us who love the open slather of NaNoWriMo, it is said that Hemingway never moved on to the next sentence until he was happy with the one he'd just written.

Advice in this book?
Hemingway's technique is especially helpful when rewriting. Break up long complex thoughts into bite-sized morsels. Short sentences can have dramatic effect. String together a series of short sentences when you want to stress a point or add dramatic punch to your prose. I've found I'm doing this now without thinking too much about it.

Example from 'The Snows of Kilamanjaro'...

'All right. Now he would not care for death. One thing he had always dreaded was the pain.'

Notice the cumulative effect, pounding home the idea that the hero is nearing death.

Short sentences add variety and music to your writing...add create white space so your pages don't look cluttered. Mix short with long at times, which Hemingway was also fond of doing. There are many examples in The Old Man and the Sea when he was in the thoughts of the old fisherman.

SENTENCE SPEED
Hemingway's prose moves along at a rapid clip. He writes in the fast lane. I'm not going into detail here, except to say he uses two methods to add speed to his sentences--(1) he chooses short words for simple diction (no flowery language with Hem), and (2) he cuts out commas as much as possible. There are many examples of this technique in A Moveable Feast-

''Often Miss Stein would have no guests and she was always very friendly and for a long time she was affectionate .' Fairly zips along.

The author also covers Hemingway's DICTION, DETAIL AND COLOUR (Imagery), USING 'AND', THE LOOK OF YOUR PAGES (white space), CHARACTERS BASED ON REAL PEOPLE, STRUCTURE (his endings are more memorable than his beginnings. His conclusions are filled with significance made more memorable by foreshadowing throughout his stories.

So ENDINGS--imbue them with symbolic significance and foreshadow final events. Drop subtle hints along the way. Beef up your conclusion with added meaning by making universal or spiritual statements.

So, really, Hemingway did have a lot to offer we writers of modern prose.

No need to feel insecure if  you don't write like Hemingway. But it doesn't hurt to read about him and check how we could improve by following some of his 'rules'.