What is Steampunk? And what has Arthur Conan Doyle got to do with it?

It might sound dumb of me, but I haven't understood "steampunk" -- what it is, who are famous "steampunk" writers, and how is it currently developing?

To answer many of my questions, a wonderful book, full of gorgeous illustrations and "steampunk" history, landed on the desk at my local library. 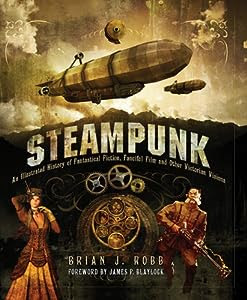 Buy on Amazon:
What I've learned so far...


So, Steampunk is in the eye of the beholder. It can take readers to worlds of land leviathans and cannon-shots, to the moon, to lost civilizations. It provides alternate histories in which the British Empire never fell or the atom was never split.

No wonder there are so many "steampunk" fans out there.

Thanks for coming by. No, my blog is still not updating...