The TMI Blog hop. This is me, from A to Z. Even Donald Trump gets a mention...

Just for fun and because Yolanda Renee is a good blogger friend, as are bloggers Debbie and Guilie, I'm participating in the TMI Blog hop.
I'm always up for a challenge. How about you? Take the dare and join us!
You have until July 13th!

A: Age
Age is redundant in this world at this time. I feel blessed that I live in a clean, healthy environment and feel as energetic as a twenty year old, even though I'm a few decades older. Still, growing old is better than the alternative--dying young--and that happens all too often. 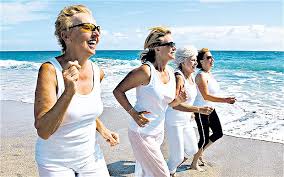 B: Biggest fear
That I'll be pushing up daisies before all my ideas/books/travel articles, are published. I've devoted most of my life to others, now I feel time slipping through my fingers, gathering momentum, slip sliding away...

C: Current time
12.23 pm, Pacific Time (Brisbane). CNN blaring about the trials and tribulations of Britain's Brexit vote. For a political junkie, heaven to watch and hell to think about the repercussions around the world.

D: Drink you last had
Black tea with milk.

E: Every day starts with
A groan or a high five, depending on what I've got planned, followed by a drink of distilled water, followed by the first of many cups of tea. Then I make a thermos of beautiful Chinese Emperor Green Tea I bought in China to sip all day like the Chinese do. (I'm a heavy drinker!) And then there's my first cafe coffee of the day, so I'd better get dressed...

F: Favorite Song
That's too hard, but I always say 'I Still Haven't Found What I'm Looking For' by U2, my favourite band.

G: Ghosts, are they real?
Yes, I know they are, because I was visited by one once, and I've heard a few 'true' ghost stories that can't be discounted. I believe they're out there!

H: Hometown
Kenilworth, a tiny country one-horse town in the Sunshine Coast hinterland where they make boutique cheeses. It's about 40 kilometres from our beach house at Peregian Beach. 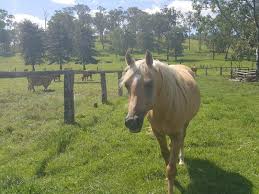 I: In love with
Reading. I'm obsessed. Keep those books coming! If I read half as much, I'd write twice as much, but (((shrugs))) what can I say?

J: Jealous of?
People who actually love the gym!

K: Killed someone?
I can't comment as it's before the courts as we speak. Apparently someone heard me bad mouthing Donald Trump and, well, you just can't do that in this politically correct climate. So, I'm a person of interest should anything happen to the Donald. 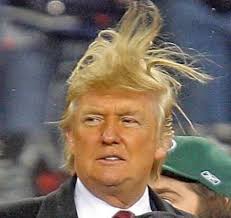 L: Last time you cried?
Hmm. I'm not a big crier, but when I cry, I really get into it. Watching those poor refugees living in those camps and trudging across deserts does it for me.

M: Middle name
Claire. Only found out recently that my father wrote 'Clare' on my birth certificate but I've gone with the 'i' all my life.

N: Number of siblings
Too  many to count. My parents took us as we came. So I 'fess I have six bros and 3 sistas. I'm piggy in the middle.

O: One wish
I can't have world peace or the cure for every terminal illness on the planet, so I'll say I wish that people could stop hating each other and inciting others to hate what you hate. And did I do that when I mentioned Donald Trump? I don't hate him, just think it's a strange system that allows someone of his ilk to run for President in what is currently the most powerful country in the world. That could well change with him at the helm. So I wish...

Q: Question you're always asked
When are you going to stop teaching and write full time? Good question. I take it under advisement.

R: Reason to smile
I've got so much to be thankful for, and so many  have so little.

S: Sounds that annoy you
I can't stand music in the car for some reason. Weird. So when I'm not with him, my husband plays his Johnny Cash full bore. I can hear him coming up the street!

T: Time you woke up
7.45 am. I'm currently on 'holidays' up at the beach so am enjoying the odd sleep in. But as we're doing renos, today there was the carpet man and the pay-tv man is about to arrive to fix our box.

U: Underwear color
Who wants to know? Scary question! Anyway, my underwear is always some shade of pink.

V: Vacation destination
Travelling is an obsession. Next destination--either Cuba, the French canals driving our own hire boat, or back to Paris.


W: Worst habit
Procrastinating about everything!

X: X-Rays you've had
Most recent was on my foot from too much running! All fixed now. Still running.

Z: Zodiac sign
Libra. That's why I'm a procrastinating nice balanced person. One of the most famous Librans is Vladimir Putin. I rest my case.

Please join us!
The blog-fest is on through July 13th.
Just add your name and post your answers.


The TMI: 26 Things About Me #Blogfest is all about getting to know you better.
To participate, please write a comment and add your link to the list.