From the Couch With Chrys Fey, including my review of Witch of Death.

Now wasn't Roland Yeomans entertaining as he spoke From the Couch! I hope you learned something you didn't know about him previously. Go to my next post if you missed him!

Now this week is a little different. I'm featuring Chrys Fey, beloved of many of us. Her blog (Write with Fey) posts are scheduled like a year in advance or something amazingly ridiculous, but it works for her! And we all benefit from very practical 'how-to' posts much of the time.

Now, musn't dally, as because Chrys has launched her new story, Witch of Death on May 20th, this post is going to be a bit longer than usual. Long posts are a joy to me to read, but I know many of you get itsy after a couple of hundred words. Just skip to the salient bits! 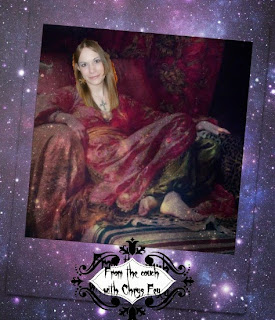 ON THE COUCH WITH CHRYS FEY!

The word that best describes me is...
Determined. When I set out on a new goal, I head toward it with all I’ve got.

A song that gives me goosebumps is…
Somewhere by Within Temptation. Seriously...listen to it!

My favourite movie of all time is...
Little Women with Winona Ryder. I’m a huge fan of Louisa May Alcott and love Jo!

My first job was...
Going door-to-door trying to get subscriptions to the Florida Today newspaper. Yes, I was one of those annoying kids. I hated it because I didn’t like talking to strangers, but I was the best seller because everyone thought I was sweet. ;)

I began writing when I was...
Twelve years old and found a rusted screw with a crooked tip in the grass next to my house. For the strangest reason, I got a story idea while looking at that pathetic screw. It was essentially the key to my creativity. I started writing a story right then and there and never stopped.

My most treasured possession are...
The notebooks of the first series I ever wrote. I was twelve when I started the series, after I found that magical screw, and I was seventeen when I stopped writing the series. I stopped because I ended up rewriting them, but I can’t even throw out the original books. Those notebooks were a huge part of my childhood.

Books I loved as a child:
Are You My Mother? By P.D. Eastman, the Little House on the Prairie books, and Number the Stars by Lois Lowry.

If you are a writer, tell us about your latest project.
I recently published two short story eBooks Ghost of Death and Witch of Death. Right now I am working on book three in my Disaster Crimes series. As a matter of fact, I just sent book two (to follow Hurricane Crimes) to my publisher. My fingers are crossed.

What is your writing plan?
To finish my Disaster Crimes series. The next four stories will all be novels and available in print, which is awesome since I’ve only published short stories and novellas in eBook format. So I’m thrilled about that. I also hope to publish a couple of short stories to go with things already available. But those stories are still secrets. ;)

Where do you do most of your writing?
Either on the couch while watching TV or at my desk with my headphones plugged in and strapped to my head. I’m one of those writers who like sound.

I relax by...
Plopping down on the couch with a good book, hot tea, and some chocolate.

The point of life is...
To try. We all go through hard times and traumas, we all fail and fall, we all have dreams and goals, we all experience grief and heartbreak, but we just never stop trying...trying to strive, love, and live.

NOW I'VE JUST READ WITCH OF DEATH AND OFFERED TO REVIEW IT IN WITH THIS POST.

Firstly, Chrys is a great writer. I read so much, (52 books so far this year!) but am not enamored of reading e-books (so I'm pleased that Chrys is going into print soon!), but I did sweep through Witch of Death. Chrys had me hooked from the get-go.

Chrys is, in my opinion, a writer who has learned her craft. I'm a sucker for wonderful imagery. Description delights me. And Chrys has mastered the art.

For example, CHAPTER ONE begins:
"The moon was a ceramic bowl overflowing with milk in the amethyst sky, and all the stars were sugar crystals." Nice scene setting, isn't it, but you just know things aren't going to stay nicey nicey in Chrys' spellbinding story. Skip down a few lines: "At the end of the street a tidal wave of white fog billowed over the black pavement...and crashed into houses..." Oops. Not good. Then..."Inside the deflated cloud a woman manifested..." And so the story gets underway and continues with relentless suspense.

This is a magical love story. All excellent stories have a romantic element I think. We are human after all, well most of us are, and we like to see love overcome obstacles. Liberty Sawyer and Detective Reid Sanders have a mountain of obstacles to overcome if they are going to have a crack at the happily-ever-after.

There's a witch causing mayhem in the town, and Liberty is the only one with any idea of the modus operandi of this evil murderer. Obstacle number one, Reid, no believer in what he can't touch or see, marks Liberty as the number one suspect, even while she uses her skills as a witch to fight against time to solve these horrific crimes. It doesn't help her case that she looks like your typical evil witch: "Black hair fell from a rigid part in the middle of her scalp to her hips. Her eyes were a soul-stabbing blue and her lips were blood-red". Ooh, aah!

Will Liberty solve the crimes in time to save herself? Will Reid come to respect her magic abilities and work with her instead of against her? Will they stop this rampaging witch before Liberty loses her life?

Pick up Chrys' story to find the answers. You'll love it!

My only criticism is that it's too short! I want to read more about Liberty and Reid!

Detective Reid Sanders doesn’t believe in the supernatural, but when he’s faced with a crime scene that defies the laws of nature, he has no other choice but to start believing. And solving a magical murder involves working with a witch.
Liberty Sawyer embodies the look of your classic evil witch, so, it’s no surprise when she uncovers the murderer is a witch that she becomes Reid’s number one suspect. If she can’t convince him otherwise, more people could lose their lives to dark magic, including her.

A LITTLE MORE ABOUT CHRYS' BOOK

When Fey was six years old, she realized her dream of being a writer by watching her mother pursue publication. At the age of twelve, she started writing her first novel, which flourished into a series she later rewrote at seventeen. Fey lives in Florida where she is waiting for the next hurricane to come her way.
You can connect with her on Facebook and her blog, Write with Fey. She loves to get to know her readers!


Thank you dear readers (sorry, just re-read Pride and Prejudice with a student) for coming by today for From the Couch with Chrys Fey, and to support her as she launches her new story. Please leave a comment. Both Chrys and I would love to hear what you think!

Now, who's next to recline on my couch? Come by next week to see! On May 30th I'm participating in Lexa Cain's SUMMER bloghop! 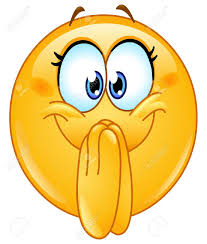 Email ThisBlogThis!Share to TwitterShare to FacebookShare to Pinterest
Labels: #bookreview, Chrys Fey, From the couch, Witch of Death, writing 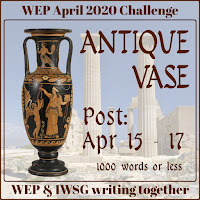 What will your antique vase hold - flowers, coins, memories, fantasies, or just a bunch of withered old leaves? Because an antique vase can contain a lot of things, sweet smelling and not-so-sweet!