Is the pen mightier than the keyboard? Thoughts anyone?

What do you think? Is letter writing dead? Do you think those days are gone when buying stationary was a beautiful fetish? Where giving/receiving a gift set of notes and envelopes was actually quite nice? Oh, and some smelled pretty too! How about a leather writing compendium complete with expensive pen? A yearly agenda planner and a not-so-expensive pen? 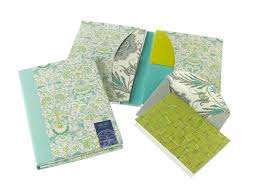 Our Australia Post has recently practically declared bankruptcy as no one sends letters anymore. So their response was to double the cost of a stamp. Well, that'll stamp it out altogether.

So by all evidence letter writing seems to be yet another dying art, along with 'proper' English, landlines, taking phone calls instead of messages, regular SLR cameras etc.

So, what's the cause of this demise? That's easy, isn't it? Email's the go (although it's already old hat according to my Face-timing, Snapchatting students). Twitter and texting and facebooking are quicker and easier, so why write a boring old letter say you?


But the death of the letter really kills me.

A person born in the last 20 years may never have sent or read a handwritten letter. Wow! Really! The thought of picking up a pen and writing a personal message to someone seems foreign to the young and now many of the not-so-young. But don't handwritten letters offer a unique and personal touch that can never be replicated in our 'new' ways of communicating?

Are our mailboxes just for bills? Ugh!

Is a major literary era on its last legs? Double ugh!

The written word is undeniably the most dynamic discovery of human history that sets us apart from the animal world and personal letters have traditionally been an important literary medium.

JK Rowling is a prolific modern day letter writer. But if we want to, we can also read the letter collections of writers such as Beatrix Potter, Jane Austen, Ernest Hemingway, Graham Green as well as some of the famous political leaders of the 19th or 20th centuries. And who could forget Anne Frank's handwritten diary?
Handwritten letters create a connection that modern, impersonal forms of communication will never approach. No doubt there are writers whose emails are worth collecting, but if they're locked behind passwords they're inaccessible.

Collections of handwritten letters cover a vast array of topics. Queen Victoria was a prolific letter writer. She wrote about 3700 letters to her confidante alone! And isn't it romantic when a stash of love letters are discovered, especially those bound by satin ribbons. In war time letters are written to those at home. Very poignant they are too. So important that many of them are housed in War Memorials and Museums. They provide invaluable eye-witness evidence of the horrors of war. Will emails from a tour of duty in Afghanistan hold up against the letters from the trenches in WW1?

Did you have a pen pal when growing up? I had several. How I enjoyed receiving those light airmail letters replete with the daily doings of a life in Japan, or Canada, or Alaska. Had far more appeal than a Facebook post or two hundred.

I recently read an article that claimed that highest-level communiques should be hand written in an effort to thwart spying. So maybe it's back to the future in some areas!

US President Barack Obama said in 2012: 'In my life, writing has been an important exercise to clarify what I believe, what I see, what I care about, what my deepest values are.'

That man does have a way with words.