Christmas Greetings from Paris. My Write...Edit...Publish entry - Feast of the 7 Fishes (Italy)

I am in Paris, enjoying my second Paris pre-Christmas season. Now the Christmas tradition in our family back home is to all gather together and celebrate this wonderful time of the year at the beach. In Australia it's always hot and humid in December, so most, but not all, have given up on the hot roast, preferring BBQ, prawns and cheesecake over the traditional fare enjoyed by those in the Northern Hemisphere.

So seeing as my holiday is mainly in Europe, I'm going to share an extract from a book I finished just before I flew out - The Garden of Evil by David Hewson, a favourite author. Hewson has been described as an author '...for those who like a sprinkling of culture with their crime thriller.' That would be me. I'd never come across this tradition before, so my Christmas Tradition tale is from glorious Italy, a very Catholic country!

The extract is from the protagonist Detective Nic Costa's, point of view. I have rearranged words so it makes more sense for the post. And in case you think I'm crazy posting while in Paris, this has been pre-scheduled before I flew out...

La Vigilia was already stealing over Rome; Christmas Eve, a pause from the rush and chaos of everyday life.

The food: seven fishes. No real Roman ate meat at La Vigilia. It was always fish, by tradition seven types, one for every Catholic sacrament.

On opening the door, a succession of aromas and fragrances wafted out from the kitchen, sending a strong sense of urgent hunger rumbling through Nic's stomach.

"What is this?" a guest asked.

His invited guests sat around the long table in the dining room. Nic sat at the head, guiding them through the spread of food which his housekeeper had prepared. It seemed to grow with every passing minute; cold seafood salad, salt cod, mussels, clams, shrimps, a small lobster, then finally capitone, a large female eel, split into pieces and roasted in the oven wreathed in bay leaves.

"This is obsene," someone cried.

He went to the kitchen and came back with a plate of sweet cakes and a bowl full of small presents wrapped in gold paper.

"Choose from the bowl," he said. "Then we take a little wine and go to Midnight Mass."

The cannon fired from the Castel Sant'Angelo.

He refilled their glasses with prosecco. "The cannon means that Midnight Mass is not far away. Another year navigated. Another year to come."

An extract from The Garden of Evil, David Hewson, Part 14, THE NIGHT BEFORE CHRISTMAS. 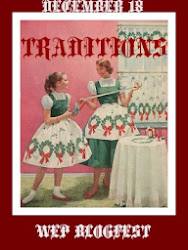 I hope you liked my entry for the WEP December TRADITIONS blogfest. To read more entries, click on the names in my right-hand sidebar.

Seeing as I'm in Paris, I will leave you with a classy photo of that gorgeous city. 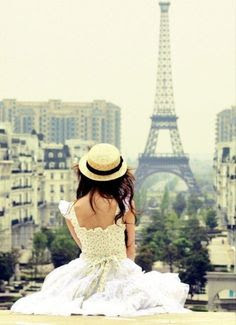