It's time for RomanticFridayWriters again! Our first challenge for the year is: New Year! New Love! You are welcome to join up and flex your writing muscles. The linky is open until Monday, January 21. Any genre--flash fiction to 1,000 words or poetry.


Of course my mind's on Hugh Jackman, recent Golden Globe winner and Oscar nominee, for his Jean Valjean role in Les Misérables.  My mind's also on the Australian bushfires which are sweeping across the country as we swelter in heatwave conditions, so I resurrected this story and updated it for this challenge...

(All words and expressions are in Australian English.) 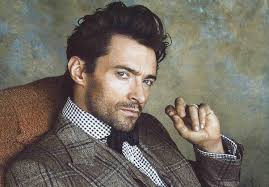 Hannah leaned across the table, showing just the right amount of creamy white cleavage. She took his hands in hers, kissing his fingers one by one, studying him with half-closed eyes, waiting  for his reaction. With a jolt he noticed how cold her eyes were—glittering icy emeralds in her beautiful white face.

The meal had been superb. Nothing like a bloody beef steak to satisfy a cattleman. He wasn’t used to champagne, though; it had messed with his head. A bad idea when he was on the morning roster for the volunteer Bush Fire Brigade. No telling when the latest crop of fires might jump the river and hightail it into town.

He loosened his bow tie. At Hannah’s words, the bubbles sloshed around his stomach like cattle dip.

Every man knew what ‘We need to talk’ meant.

‘Why? Why do we need to talk?’ he managed to croak through a throat scrubbed with sandpaper. ‘We’ve just spent the whole day together. We enjoyed the riding, the campfire, the--I thought it was a great day. A perfect way to see the New Year in.’

Hannah hung her head, brushed an imaginary crumb from her breast.

Jeremy’s heart had been soaring with joy; he could have sung at the top of his voice from the highest hill...but now his joy was disappearing like the smoke from a stuttering campfire. No other girlfriend came close to the raging torrent of his feelings for Hannah. She was his Botticelli angel with her mane of red curls, her smile that cracked open his heart.

‘I’m married.’ She jutted her chin into the air.

The waiter had been about to top up their Pouilly-Fumé. He made a hasty retreat, leaving froth in his wake. Poor bastard. They must have a sixth sense for trouble in paradise.

Married! He hadn’t seen that coming. How did she fit in being married with all the time they'd spent together on their adjoining properties--working cattle on his, shearing those stupid sheep on hers?

‘How--’ He started to speak, but the words dried up like a river in drought. He tossed his bow tie onto the table and wrenched open the top button of his checked shirt.

‘How did I fit you in? He travels a lot. He probably has other women.’

‘And this makes it okay?’

He turned away. A hot tear ran down his cheek. The waiter flicked his white napkin, then crumpled it in his fist.

She reached up and patted his face where the tear lay, caught in his stubble. ‘Poor Jerry. You must hate me.’

‘Yes. I hate you.’ He tried to man up. Wished those hollow words were true. He leaned back in his chair and clasped his hand around the little box in his checked bespoke sports coat pocket. He watched her and caught the pitying look on her face. She knew!

‘I didn’t want it to happen.’ She folded her arms, lay back in her chair, not a care in the world.

‘Didn’t want what to happen? The marriage? Meeting me? What?’

She leaned forward again. ‘Meeting you. Having an affair. You were just so darned cute. So Hugh Jackman. So irristible.’

‘So I’m just some fantasy?’

‘Heck no; Hugh Jackman’s more than a fantasy. He’s real. God, he’s so real. I can’t wait to see him play Jean Valjean, if it ever gets to this hick town.’

‘When I was with you I felt so excited.’

She laughed out loud. 'Well, watching you have your bucket wash out in the back paddock last night--I was excited all right.'

The waiter took a few tentative steps in their direction, bottle in hand. He saw the look on Jeremy's face and retreated quick smart.

Hannah was enjoying herself. ‘As Nicole would say: "Too bloody right mate." You are so hot, Jerry, more's the pity.’

‘I love you Hannah. You. You’re my fantasy come to life. When I met you I made a resolution to give all the other girls the flick.’

‘Hmm. It’s not working out with Frederick, you know.’

‘Frederick? No, I don't know. Who the hell is Frederick?’

‘What a name, huh? That’ll be the husband. Old money. Descended from the British squattocracy. Thinks he's still British and Australia's part of the empire.' She sniggered. 'Sheep’s always been his thing, not cattle. Lowered himself to marry little-old-convict-stock me. That’s why I relate to Hugh’s Jean Valjean.’

‘Yes, Frederick’s. He thought I was so exciting after all those hoity-toity blue bloods his parents paraded under his nose. But we do have a family together, Frederick and I.’

‘The triplets are six. Nanny insists on throwing a birthday party for them tomorrow. They're home from boarding school. That’s why I can’t spend the whole weekend with you.’

He knew she was lying through her pearly white teeth. Triplets! What a ridiculous cover story! ‘Then why did you promise me we’d have three whole days here on the property?’

‘All of the above.’She stood up. Patted his cheek. Sighed theatrically.

He growled his best Wolverine growl. ‘Now you’ll have to forget me.’

He sat nailed to the chair, watching her, tearing his black curls, Les Misérable personified.

Hannah knotted her silk scarf around her lying little throat, picked up her sparkling evening bag, threw him a kiss and sashayed across the room. Every male eye followed her swaying hips.

The waiter hovered by his side, watching Hannah melt into the night.

‘A whisky might be more the thing, old chap.’

‘Beer’s my drink. No more champagne for me.’

I hope you enjoyed my story. You can enter your story or poem by clicking on SUBMIT YOUR LINK below: get the InLinkz code